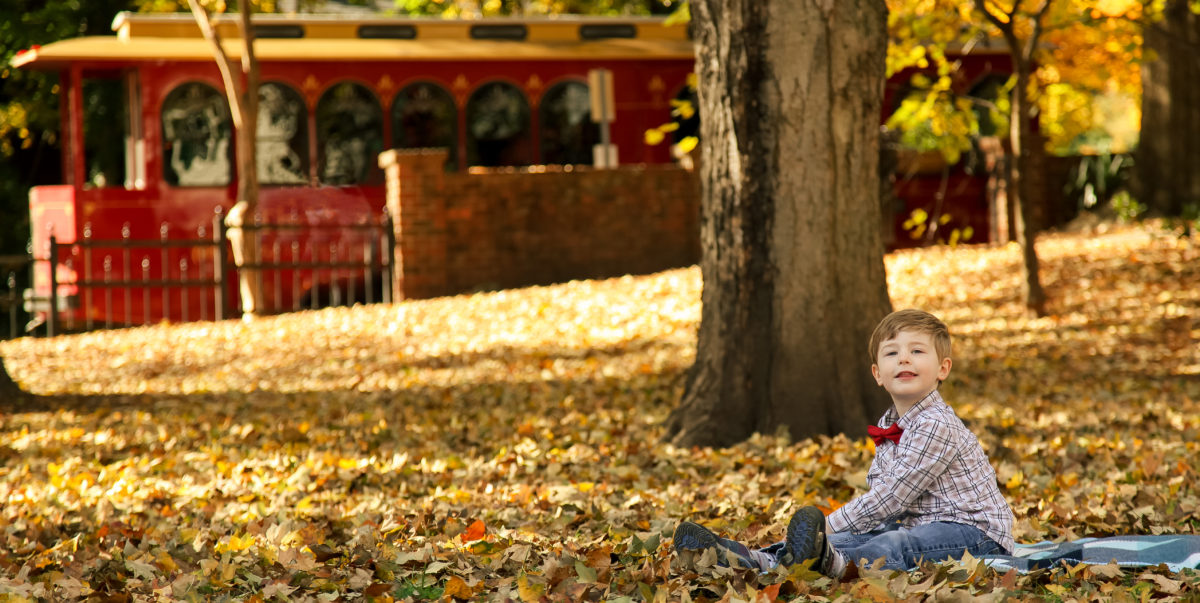 Following a diagnostic pathway for a rare spectrum-disease can be a muddled and troublesome journey. Finding the right diagnosis can be confusing and many times involves your child being misdiagnosed or undiagnosed. When your child’s symptoms don’t quite fit the mold of a rare disease, especially one that varies in its severity, it is not uncommon to wonder if the textbook symptoms need to be elaborated upon. Or perhaps your child actually has a different diagnosis altogether.

My son Drake’s initial diagnosis of Episodic Ataxia was based upon a process of elimination. It was a very confusing time for my husband and I. We didn’t know which bit of information to latch onto, what to take with a grain of salt, what steps were important to follow through on, and what we needed to wait and see and hope for the best on.

When our son was three years old we saw a neurologist that immediately realized Drake had the movement disorder Ataxia. Many steps needed to be taken to find out the severity and underlying cause — along with starting early intervention therapies to help him gain fine and gross motor skills (skills he had begun to fall behind on) and keeping a log of his big movement episodes. At the time his attacks were not severe and only happened two to five times a month. We called it “wobbly legs” — his legs would spasm to the point walking and even sitting became difficult. His speech would slur, he would weave into walls and fall down. It soon became clear that he was unable to control his legs during these episodes.

We immediately got blood tests done. And when those came back negative we were immensely happy, but still clueless as to what was going on. We then immediately got an MRI, and when those results came back also negative (an excruciating few months later) we were extremely relieved, but still in the dark about the underlying cause. We then balked at the next step … a lumbar puncture (which he finally ended up getting at the age of six) and decided instead to wait and see and hope for the best.

Our second opinion neurologist agreed with the first, our son had Episodic Ataxia — a rare disease without a cure. We let a whole year slide by. He did occupational therapy once a week, physical therapy off and on. We took joy every time he gained new skills and marveled at how well he was keeping up with his peers. But all the while we were terrified about what his future might be like.

If you haven’t heard of ataxia you are not alone. Awareness, education, and funding are greatly needed. Ataxia can be caused by genetics, a virus, or a blow to the head. If it is genetic— you are in for a roller coaster of a ride. Symptoms can begin in childhood or adulthood. Symptoms can get better or worse during puberty. You can deteriorate very quickly, or for others, take years to deteriorate. How severe this disability will become depends on the type. Confused? So were we. We watched our son, we lived our lives, and we researched and learned a great deal about Episodic Ataxia (EA). And every day we hoped it wouldn’t get worse.

We came to an acceptance and an understanding of our son living with a rare incurable disease (albeit the wrong rare-incurable disease). We learned what his triggers were — stress, startle, exercise, and heat. We tried our best to prepare him for events so that his episodes wouldn’t be triggered. And to give him the skills to cope when they inevitably were. Over the years we learned from our mistakes and tried our best to understand what Drake was going through. We described it to folks as a kid with two batteries, the normal kid battery of running out of energy from being tired and hunger, and another battery of something else, something that we wouldn’t understand until years later. His other battery running low, it turned out, was glucose not being able to fully get across the blood-brain barrier.

A fun outing at a nearby amusement park with a kiddie train ride was derailed when the train whistle noise cut right through him like a knife. It triggered his gait to become erratic, (ataxia) his legs to spasm (dyskinesia) and his anxiety to take over. We sat on a park bench with his little brother for 30 minutes, ate a snack, watched the people go by, and waited until he could get his legs under control and be able to walk again. I learned to warn him about any startling noises we might encounter in the future; which of course is impossible.

His severe wobbly legs were triggered one day at a friend’s neighborhood pool. I watched with delight as my usually cautious 3-year-old ran and jumped into the pool over and over and over again — having the time of his life. My younger son, a baby at the time, splashed and giggled, and blew water bubbles. We ate ice-cream sandwiches, drank water, dried off and then packed up to go. But by then Drake couldn’t walk at all. I had a baby on my hip, a heavy bag full of wet towels, and a car parked 200 feet away. 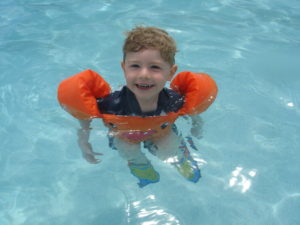 What I didn’t know at the time was that exercise, especially jumping, can induce an episode. A new trigger was added to the list: exercise-induced-dyskinesia. From then on I knew I had to be careful of straying too far from my car or stroller.

But even so his attacks kept getting worse and more frequent. We came to the conclusion that something needed to be done! So at the age of five Drake started taking the medication Diamox three times a day. Diamox (also called Acetazolamide) is a well-known drug that is used to treat mild seizures, altitude sickness and the build-up of fluid in the brain. It was a godsend, albeit, not a perfect one.

His severe wobbly leg attacks disappeared, but unfortunately his low endurance, dizzy spells, balance and coordination problems still prevailed. On top of that the side effects of Diamox are nausea and dizziness, which also happen to be associated with Episodic Ataxia. So it became a guessing game. Is Drake sitting on the couch under a blanket wanting to be hugged because of the side effects of the Diamox medication, or because he is experiencing the symptoms of Episodic Ataxia.

If our son had not gotten genetic testing at the age of six he would still be diagnosed with Episodic Ataxia and be taking Diamox medication to this day! Three years after we started the diagnostic process we finally had our answer. The mystery was solved! We now knew why Drake didn’t quite fit the mold of Episodic Ataxia and we now had a new diagnosis that fit his symptoms. All thanks to genetic testing and the advocacy of the Glut1 Community in raising awareness about the SLC2A1 gene mutation.

But even so, Glut1 DS (Glucose Transporter Type 1 Deficiency Syndrome) is mostly thought of in terms of patients with hard to control seizures. Glut1 DS is a spectrum disorder and with this blog I hope to raise awareness for kids like Drake, who might not get diagnosed because they don’t have seizures and are on the low-end of the spectrum. I don’t want other doctors to discount kids like my son from having Glut1 because they don’t exhibit the severe signs and symptoms.

Let’s help doctors learn more about Glut1 by framing it as a spectrum disease that can manifest in three ways. Ken and I want to promote the idea proposed by Dr. Klepper (a German neurologist who is one of a handful of experts in Glut1) — that Glut1 DS comes in three types:

There is no cure for Glut1, but there is a treatment. All Glut1 kids need to be correctly diagnosed as soon as possible so they can start the Ketogenic diet right away!

We found out the hard way how difficult it is to get correctly diagnosed for a rare, underfunded, not widely known genetic disease. I’m hoping other families who are researching ataxia, dystonia, chorea, and exercise-induced-dyskinesia look into getting genetic testing done for their child and make sure that the SLC2A1 gene is one of the genes checked for mutations.